Today we decided to do the Coogee to Bondi coastal / beach walk – a 2.7 mile walk along the beautiful coast of New South Wales, Australia. It was raining pretty hard when we woke up around 8 AM, so we lounged until the sun came out around 9:30 and took off to the bus station. We waited about 10 minutes for the 373 bus to drive us 25 minutes to Coogee beach. On the bus there were two barely 20-year-old looking guys trying to get this young girl in a Ponzi scheme type company that sold “lotto” tickets. It sounded super shady but listening to their “sales” pitches helped pass the time waiting to arrive at our beach destination. 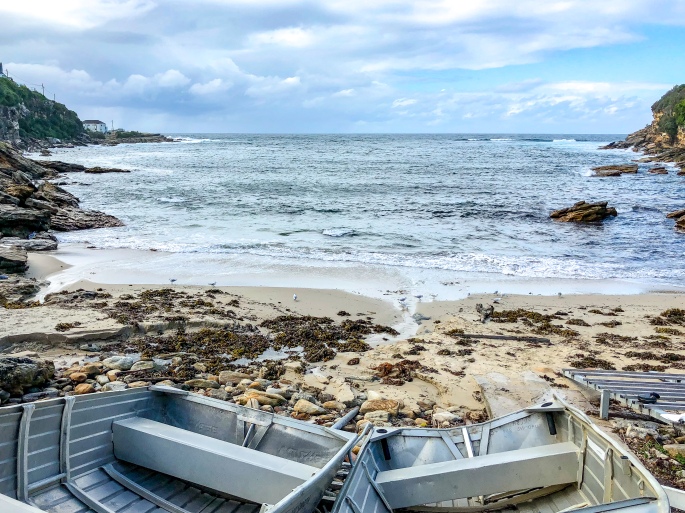 It was still a bit chilly, so my Lululemon jacket really came in handy and the sun felt great when it finally hit us. The coastal walk is a paved walk that runs for miles along the water and is full of stellar views. There is quite a bit of walking up and down hills and cliff sides and, while it wasn’t thaaat tough, we didn’t realize how sore we still were from the Tongariro Crossing a few days prior until we started going up some of the hills! 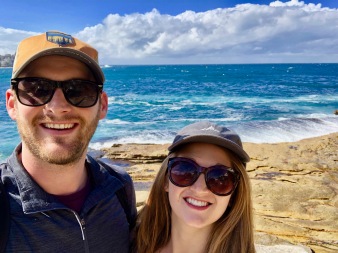 With stopping to admire some of the views and chasing our hats around as they got blown off our heads, the hike took us about two hours. We even watched a whole bunch of kids surf the turbulent waves out on the water. 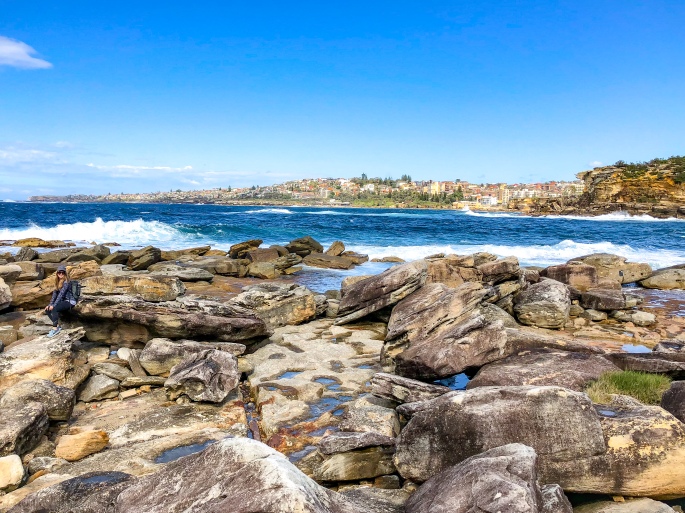 Eventually, we got to Bondi Beach, one of the most visited tourist sites in all of Australia. There were quite a few people swimming in the sea water filled baths and surfers, but the beach itself wasn’t too packed. 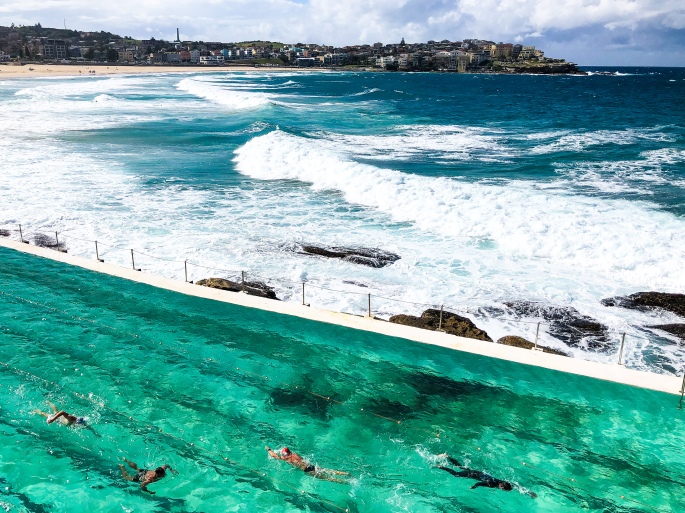 We were starting to get hungry so we walked down the shops and restaurants to find a spot to eat and ended up getting some delicious Chai tea lattes while watching the waves hit the water. Ryan really wanted to try McDonald’s (or “Macca’s” in Aussie lingo) so we stopped there and he got a Big Mac and fries. It actually tasted quite different from the US version, especially since the Ketchup (or tomato sauce in Aussie) is much sweeter.

I was in the mood for a meat pie since I had yet to have one in Aussie and they are one of my favorite Aussie delicacies! I found a little place called Funky Pies on the way back to the city and got a butter chicken pie that was sooooo flaky and delicious. (As I review this blog post entry, my stomach is literally rumbling for this pie 4 months later! It was THAT yummy). Good thing we had a 1.5 hour, 3 mile walk back to our hotel to walk it off. 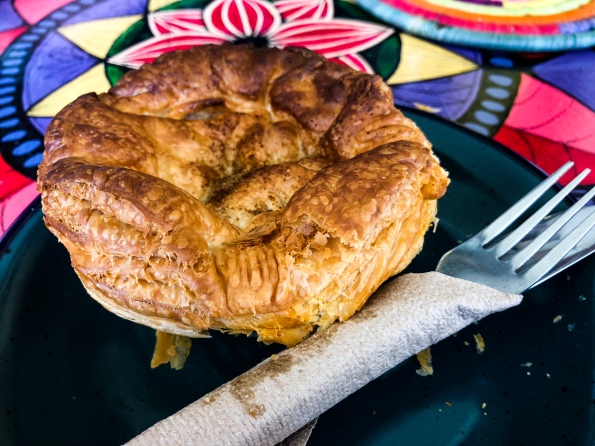 After quite the walk and a bunch of hills, we finally got back to the hotel. We showered and packed up to stay at my aunt’s house for the night. We walked down to the Central Train Station, filled up our Opal cards, and hopped on the train to her stop. 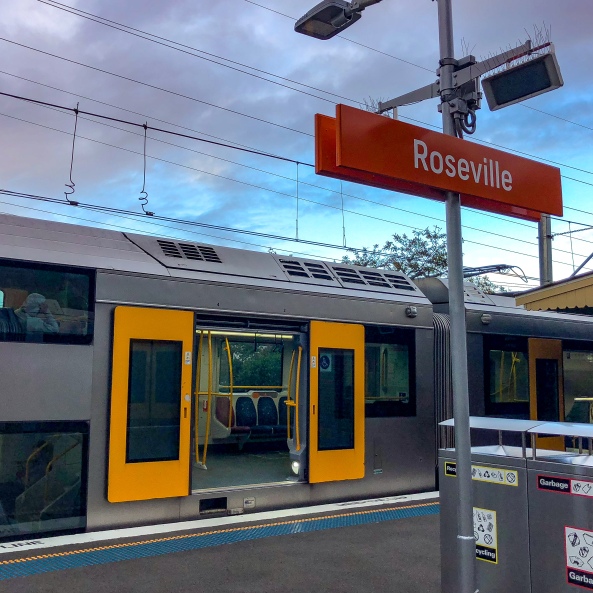 It was super easy to find the right train and the train was very clean. My aunt was waiting for us at the station and it only took a few minutes to get to her house where my cousin and uncle was waiting. We watched some football, drank wine, and snacked on some delicious cheeses and bread with olive oil, balsamic, and dukkah – my new favorite combination!

Once my sister arrived, we enjoyed some amazing conversation, roasted chicken, fresh oysters, prawns, potatoes, and a slew of other delicious things. I have to say, both my aunt and my mom are excellent cooks! The amount of fresh produce and seafood avaialbe in Sydney only makes it even better.

It seemed like we talked for hours could have gone on for a few more. It was so great to catch up, get juicy / funny stories about my mom and aunt growing up together, and reminisce about the times my sister and I visited Australia or when my family came to the US. I have to say, my Australian family is absolutely amazing and I couldn’t have been happier to see them or finally introduce them to Ryan.

Eventually, we were stuffed and tired and hit the hay to rest up for another early morning.

One thought on “Sydney, Day 3”