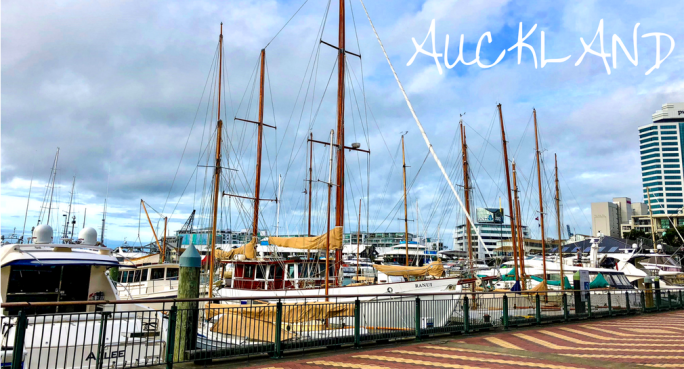 The only real plan for today was to drive the 4.5 hours to Auckland from Tongariro. We woke up refreshed and the hotel owner delivered fresh-baked croissants with raspberry jam to our room. We ate breakfast in bed while watching the sun rise over the mountain. You really can’t beat a wake up scenario like that!

We got our bags packed up and hit the road around 8:30 AM. The views along the drive were gorgeous and we listened to the How I Built podcast to pass the time. Eventually, we pulled off at a gas station to get gas and ended up buying a Thai meat pie and fried chicken tikka hash-brown thing to snack on. They sound weird but were really, really good! One of my guilty pleasures down-under are meat pies. Instead of filling pies with fruit, Aussies / Kiwis make savory pies with beef, chicken, veggies and more in all different flavors. When you go to New Zealand / Australia, you must try a meat pie from a bakery. If you don’t like it on first bite, send it to me… don’t want to waste that deliciousness. Haha! 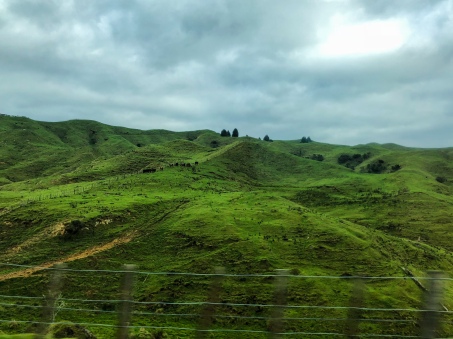 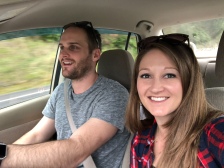 We hit some traffic on the drive into Auckland that delayed us about 30 minutes, but, 5 hours later, we finally arrived at the Sofitel Hotel in Auckland Harbor. We stayed at a Sofitel hotel in Bangkok and it was so lux, so I thought some hotel pampering on our last day in Auckland would be nice too. Boy, was I right! The lobby so was pretty with water features everywhere and our hotel room was so comfy with awesome windows and a balcony.

We refreshed in the room for an hour or so before meeting up with my good friend’s mom, Anne, who is a native to Auckland. Anne was kind enough to take us on a tour around the city! She walked us through the harbor, passing super expensive and huge yachts and tons of super cute restaurants.

Once we made it to her car, Anne drove us through the different sea-side towns, pointing out attractions, places her daughter (my friend) liked to go or worked while growing up there, and great views along the way.

About mid-way through our afternoon, we stopped for coffee and conversation at a café overlooking the water. With some more energy, we hopped back in the car and enjoyed a beautiful view of the city atop the hillside, and then went to check out Michael Joseph Savage Memorial Park that celebrates his legacy as a Prime Minister.

After that, we drove to the Parnell Rose Garden which was “chockers” with beautiful flowers. Anne really outdid herself showing us her home town and how much she loves Auckland!

Eventually, we said our goodbyes, we walked through Queen Street, looking at all of the cute shops and restaurants. I was in the mood for some Thai food, so we found the Grasshopper and had a yummy meal of Pad Thai and duck confit. 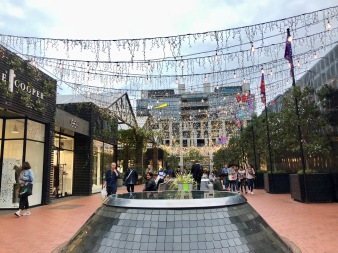 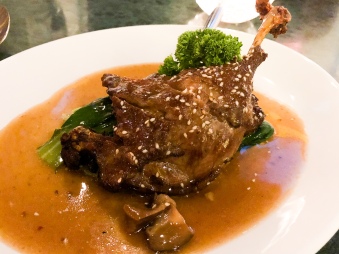 We spent the rest of the night walking along the ship yard and checking out all the sea-side restaurants and bars. It was our last night in New Zealand before heading to Australia and we wanted to savor every moment of it.

Continue on this adventure to Australia…