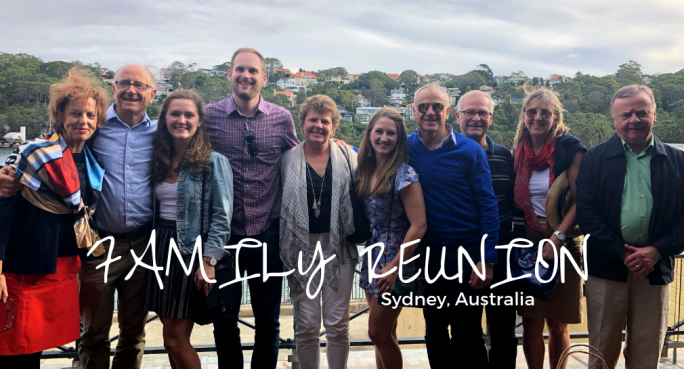 My mom is from Sydney and has quite the family over in Australia with 3 brothers and 1 sister that all have kids around my age. I grew up visiting them throughout the years it was about darn time that I introduced my husband to them. After years of trying to make that happen, today was finally that day!

My sister, Ryan & I made a delicious breakfast of eggs, bacon, and toast, at the hotel and then we took off to find some coffee, a birthday card, and wrapping paper for my Aunt who celebrated her birthday in the day prior. We went to a few grocery stores before finding a card and had to go to a bookstore to find any sort of wrapping paper or bags. The differences in what stores carry in the US and AU are incredible. Almost every store in Australia is unique and has super cute designs. Chain stores / restaurants are much fewer and farther between. I quite prefer the Australian stores to those in the US.

Once we got what we needed, we ran back to the hotel, grabbed the gift, and took off in a cab to Ripples Chowder Bay for brunch. The view from the restaurant was beautiful and we had two big tables for the 20 of us! I can’t tell you how happy I was that everyone was coming in from all over Sydney for lunch with us. Ryan did a great job trying to remember who everyone was and we were all in great spirits.

Since there were so many of us, we had a prix fixe menu, though the waiters were having trouble rounding us all up to order since we were all socializing! Oops.

Our first course was either deliciously buttery prawns or a goat curd salad with beet root. I got the prawns and could not have been happier. They were 8 inches or so long, buttery, and melted in your mouth. 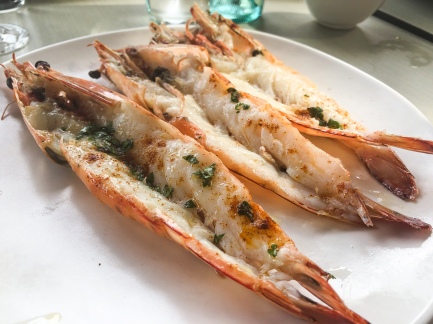 The second course was either risotto, barramundi, or what most of us had, the steak with mushrooms and sweet potato puree – so scrumptious!

Dessert option 1 was meringue – an Australian dessert of the most fluffy, cloud like pastry you could imagine. Ryan tried it and kept saying he “made a HUGE mistake” ordering the chocolate moose! 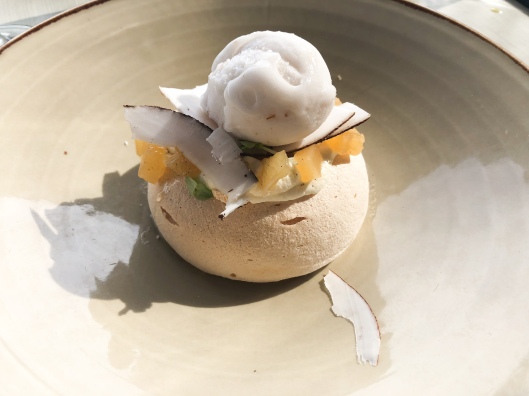 After a lively lunch, we took some family photos of all of 11 cousins and then my sister, Ryan, and I with my aunts and uncles.

It probably took us about 30 minutes and some serious corralling from some of the cousins to get us out of the restaurant and into the cars since we were all chatting so much! We ended up in my cousin’s car to drive back to her and her husband’s new apartment. They just recently bought the place to start their new family and it had an amazing view of a national park off of the back balcony. We even saw a few kookaburras in the trees!

We had some great conversations and catch up time before it was time to head back to Surry Hills. My aunt and uncle were kind enough to take us on a brief tour of downtown and drop us back at the apartment. It was so great to see everyone!

While brunch started at noon, we didn’t get back until 6! Time flew so fast and we were pretty hungry when we got back so we took off to an Indian place that my sister had been wanting to try called Masala Theory. It was a “neo-Indian” cuisine an we started with some deconstructed samosas that were to-die for! We then split some amazing lamb chops in a mango puree, flaky naan bread, and a green veggie curry – yumm! 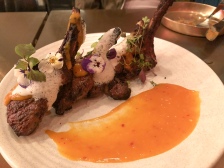 That restaurant turned Ryan into an Indian food fan – something I’ve been trying to do for years! We were stuffed and were glad to walk some of it off on the way back to the hotel