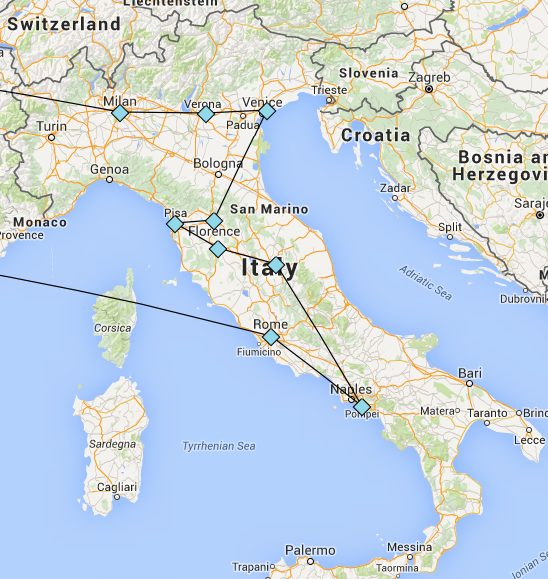 Italy had been on my list for decades – or more simply put – since I tasted pasta for the first time. Fun fact about me; I am an admitted pasta-holic. The opportunity to plan my first non-family, across the globe trip finally arose two years out of college and Italy was the destination.

Unfortunately (but ultimately fortunately), none of my friends were able to join on my trip, so I made the decision to book solo through EF College Break– a trip service for early 20-somethings with reasonably priced travel options that go all over the world. Something about a fully booked trip with excursions, language speaking tour guides, and transportation that didn’t include me driving on the Italian roads really stood out as a good booking choice! (I like easy).

I chose a two-week Tour of Italy, packed my suitcase, and flew solo from Dallas to Milan, Italy. Walking through the airport upon arrival was terrifying as I had no idea if the guide and my group were A) going to actually be at the meeting point and B) going to be full of people already paired off in groups that came together. Thankfully, I was not the only one at the meeting point and, after about two hours of people constantly trickling into our meeting area, a short, balding, early 30-something Italian named Dario strolled over and announced he would be our gallant tour guide. Dario informed the four guys in our group that they had a high likelihood of finding love in the air as the other 38 of us were all women, and that the women in the group were going to fight in the Colosseum to lay claim to the four guys. Needless to say, the trip was off to a hilariously, estrogen filled, pasta craving start